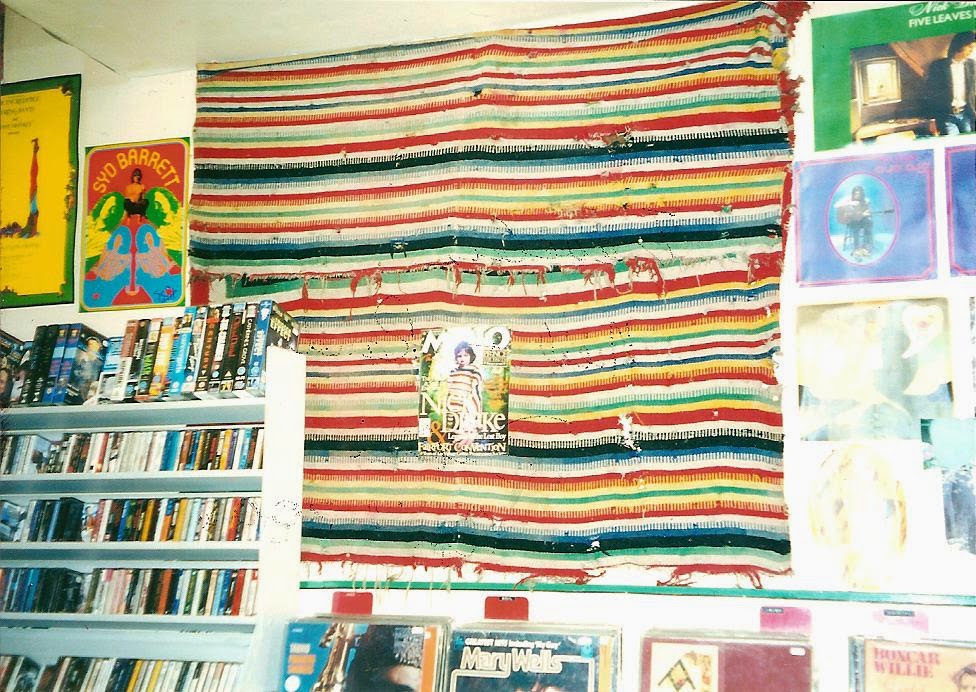 Had my kids come down June 19 to the station to sit in on the show which was fun. They picked a few tracks and I used the sound off their video games as a bed for announcements.

I played an okay Nick Drake cover and had a caller ask for some real Nick Drake because it was his birthday! I'm an avid Nick Drake fan -- at the top is the picture I took in 2000 of his "shroud" which was on display in a record store in Dublin. So I just had to dedicate an entire set for Drake. Here was the complete setlist:

There will be a sub for me on June 26, but I'll be back July 3rd. Have been working on a setlist of marshy, boggy, swampy, moist, mushy, fungus songs. Probably fantastical, so psychedic/progressive rock would probably work pretty well. Let me know if you have any suggestions!
Posted by Candle-Ends at 6:27 AM No comments:

Below you'll find the setlist for my June 5, 2014 Marxist Minstrels show -- it went pretty well. I had some station matters to attend to but had planned everything out enough that I could go on autopilot for a little while.

The interesting thing I noticed about what Rev. Noebel had to say is that most of it was not inaccurate -- his facts were pretty solid! Now, what you interpret from those facts is, where you might differ. . .

So here's the list -- I took out some electronica I played as a bed for soundbites (and most of the songs I played after the main content was over.)

From the very first issue of Pete Seeger's People's Songs in February 1945, to the latest album by Bob Dylan, Noebel shows us the continue presence of the far-left in folk music.

The spoken word excerpts I'll feature from the album will give history and context to the music -- I've already picked over 70 minutes of songs so I may be able to almost make a complete three hour show of this. If not, I'll turn the show over to requests so the listeners can help me keep the mood going.

Or if I get a lot of angry callers I have this Orrin Hatch album which I'll just put on repeat.