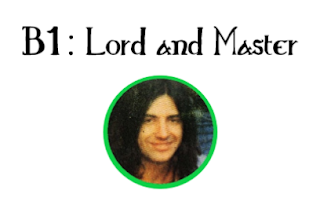 I decided to forego my usual diagramming of the song for this one, but I’ll tell you where I think everyone is located. More than any song so far on the album, it feels like the instrumentation and voices haven’t been mixed in the same way that shows where everyone is sitting in regards to everyone else. Plus, this is the only track with additional musicians on it — they asked their girlfriends at the time to sing along.

Left appears to be Tony Pook’s vocals and I would guess Roy Apps’ guitar. There’s also a little keyboard part at the end, presumably Collins or Moore added it in the studio.

Right is Collins’ accordion, and Moore’s guitar and vocals.

As the first song that I’m writing up after Tony Pook’s recent demise, it seems like a wonderful and potentially elegiac song to be examining. It’s the only Pook/Collins song on the album, noticeably Pook wrote one song with each of the rest of the band: Apps and Pook wrote “Car Crash” and Moore/Pook wrote the brief “Carnival and Penitence.”

You can never be too sure about reading biographical details into a song, indeed we can’t be sure exactly who wrote what. Yet this song does seem to written by the same person who wrote the lyrics to “Car Crash” – someone more at home in the country then the city. And by the accounts I have read of Tony Pook, he was the one (or one of the band) who didn’t feel that comfortable recording in the studio and pushed for the opportunity to record outside on his family farm. And of all the songs, this is the one with the purest nature-focused lyrics.

The main character in this song is seemingly some sort of nature god, resting and observing the winter patiently. I’m getting vibes similar to “Watcher of the Skies” by Genesis, or maybe one of their tracks from their Trespass album. This could be a Christian song, with sort of Blakean outlook on the natural world (“to see a world in a grain of sand/and a heaven in a wild flower/hold infinity in the palm of your hand/and eternity in an hour”), or it could be a pagan song.

Honestly, however, the “lord and master” of the song could just be a regular person, Pook himself perhaps, and the whole song could be a metaphor for a temporary depressive state where Pook acknowledges that he is the only one in control of his situation – “I am the melter of everything/And the snow will flow to the stream.” Seasonal imagery is often associated with the changing of one’s own life, particularly in the folk lyrics of the 60s and 70s (see Nick Drake). We might not know exactly where he was coming from, but I would point out how perfect it was that this song was chosen to be on the 2004 Gather in the Mushrooms compilation (subtitle being “The British Acid Folk Underground 1968-1974”). It’s that sweet spot of paganism and Christianity that works so well in British folk rock music. And who is the “friend of the trees?”

And while I didn’t know Tony Pook, or really have much biographical information on him, from what I know I feel comfortable thinking of this song, one of Heron’s most popular, as an appropriate elegy for the man.

Here’s a video of them playing “Lord and Master” in 2005 with their alternate line up and a female singer/keyboard player. Great to see Tony there, shining humbly.