I went down a rabbit hole with the band Heron, like many people did I assume, after reading Electric Eden by Rob Young. I had been familiar with the book for awhile but hadn't really gotten down to reading it, because I assumed, incorrectly, it would contain the same stories about Nick Drake and Sandy Denny that I already knew. And I had thought that beautiful, sun-lit cover photo of a band playing in a field was of the Incredible String Band. Which it was not.

The band was Heron, which though a majestic and evocative name for a British folk-rock band, was a name too similar in my mind to the name of Mike Heron of the Incredible String Band. I believe I had previously seen the band name and just assumed it was what Mike Heron called his solo project. (Even more unfortunate is that there's a new band named Heron, who released their first album in 2017. Sorry guys, we have the Internet now, couldn't you have Googled available names?)

But all that aside, when I finally listened to Heron's self-titled first album from 1970, the one they recorded in the field pictured above, I was entranced. The album opens with "Yellow Roses," a track which makes me feel like I had been hiking the National Trails and come upon a gathering of bards. Key to the album is the allowance (by producer Peter Eden) to include natural sounds from the British countryside: birds, insects, an airplane, the casual banter of band mates between songs. I just wanted to sit with them and listen, which is why Heron became my go-to walking and sitting in parks album.

This bucolic feeling, combined with lyrics that tied in synchronistically to the book I had been working on (The Druid of Royal Oak), meant that quickly I became hooked on Heron. And particularly the first album. Once I learned that they used bass and drums on their second (double!) album, and it wasn't recorded in the same field (unfair because it was also recorded outside) I wasn't ready for it. I had purchased the entirety of Heron's Dawn Anthology on iTunes which includes both albums plus bonus tracks, but I used the playlist function to ensure that I would only be listening to the original 13 songs. (As an aside, the bonus tracks and 1971's Twice As Nice & Half the Price are excellent too, and it was a nice treat when I finally decided to listen to them.)

But after listening to the album for weeks, I realized that I still didn't even know who I was listening to. The Discogs listing credits G.T. (Gerald) Moore as "Guitar, Mandolin, Harmonica, Piano, Vocals," Roy Apps as "Guitar, Piano, Vocals," Stephen Jones as "Piano, Organ, Electric Piano, Accordion, Vocals," and Tony Pook as "Vocals." And clearly there were several songwriters in the band as there were different people credited with each song. But still on each individual song I didn't knew who was singing. They all had very similar voices. I also realized I didn't even know who was who in the cover photo.

And much like that feeling you may have gotten when you first listen to the Beatles and maybe initially don't know who's who, I enjoyed the puzzle of trying to discern the differences in their voices. Producer Eden seemed to have assisted a little by separating the musicians left to right in the stereo mix with their instruments, which I also think is part of the reason you get that feeling of being in the middle of a performance when you listen to the album.

I started to assume that the lead singer for each song (and to be clear, multiple singers chime in on most songs) was the author listed for the song. But did that really make sense? And as I listened, other questions came up as well -- such as when I finally discerned that there were female voices on "Lord and Master." And when I discovered Heron's third album from 1983, I felt like the lead vocalist on two of my favorite songs "Open up the Road" and "Traveller's Song" seemed like a completely different singer than had appeared on Heron. Eventually I realized in order to really figure out the puzzle I would have to seek help online.

And eventually help arrived, in the form of an e-mail from G.T. Moore!


(to be continued)
Posted by Candle-Ends at 9:28 PM No comments:

I deejayed at the Pagan Landscapes event on November 16th at the Pagan Pathways Temple in Madison Heights, Michigan.

The Spotify section of the set list is below (the other two-thirds were vinyl and CD):

The idea of the set is to sort of suggest a spiritual and emotional journey, from the windy shores of lake Michigan to a willow-lined English country stream. I used my growing collection of Environments albums as inspirations for several of the sections.

If you would like to follow me on social media, all the info is to the right of the blog. 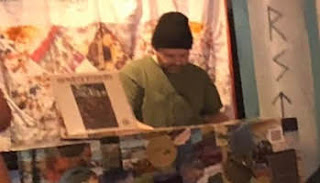 Posted by Candle-Ends at 1:00 PM No comments: 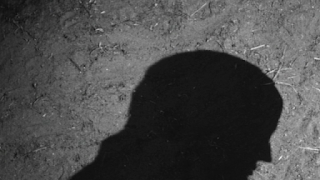 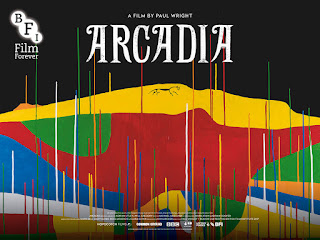 And here's the second part of the show: 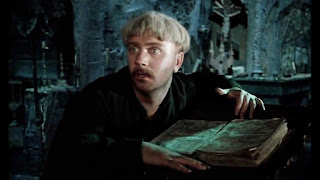